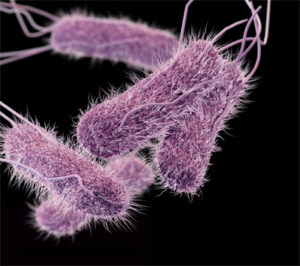 Salmonella is the second most common intestinal infection in the United States. More than 7,000 cases of Salmonella were confirmed in 2009; however the majority of cases go unreported. The Centers for Disease Control and Prevention estimates that over 1 million people in the U.S. contract Salmonella each year, and that an average of 20,000 hospitalizations and almost 400 deaths occur from Salmonella poisoning, according to a 2011 report.

Symptoms of Salmonella infection, or Salmonellosis, range widely, and are sometimes absent altogether. The most common symptoms include diarrhea, abdominal cramps, and fever.

Typical Symptoms of Salmonella infection: Appear 6 to 72 hours after eating contaminated food and last for 3 to 7 days without treatment.

Typhoid Fever Symptoms: Symptoms of typhoid fever appear between 8 and 14 days after eating contaminated food and last anywhere from 3 to 60 days. They include a fever of 104 F, weakness, lethargy, abdominal pain, coughing, nosebleeds, delirium, and enlarged organs. Typhoid fever is a serious illness that can result in death.

Complications of Salmonella poisoning are more likely to occur among young children and people age 65 or older. Possible complications include:

Reactive Arthritis: Reactive arthritis is thought to occur in 2 to 15 percent of Salmonella patients. Symptoms include inflammation of the joints, eyes, or reproductive or urinary organs. On average, symptoms appear 18 days after infection.

Focal Infection: A focal infection occurs when Salmonella bacteria takes root in body tissue and causes illnesses such as arthritis or endocartitis. It is caused by typhoidal Salmonella only.

Salmonella infections generally last 3 to 7 days, and often do not require treatment. People with severe dehydration may need rehydration through an IV.

Antibiotics are recommended for those at risk of invasive disease, including infants under three months old. Typhoid fever is treated with a 14-day course of antibiotics.

About-Salmonella.com is a comprehensive site with in-depth information about Salmonella bacteria and Salmonellosis.